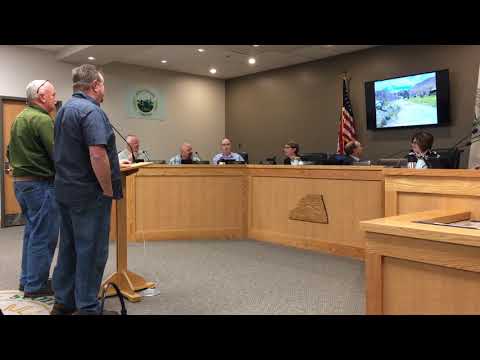 GATE CITY — A new parking area and general store are in the works near the Devil’s Bathtub.

During last week’s meeting of the Scott County Board of Supervisors, board members approved a special use permit for the two projects, which are being spearheaded by Autumn Elliott and her parents, Pat and Rachel, who own Gate City’s Campus Drive-In.

David Gilmer, the county’s building and zoning official, said the parking area and store will be located at the Stony Creek intersection before the cutoff on Hunters Valley West. The area is zoned for agricultural and residential use, which is why a special use permit was required.

A public hearing was held during last week’s BOS meeting to allow members of the public to voice their opinions on the project. No community members spoke, but Pat Elliot was in attendance to answer questions from the board.

Elliott said the store will be housed in the old Carter Store building and will sell prepackaged food, drinks and T-shirts. It will also feature advertising for other county businesses and landmarks.

The parking area will be located in a flat, grassy field across from the store. Work will involve removing a couple of old trees from the lot and clearing brush, he said.

Supervisors unanimously approved the special use permit. District 3 Supervisor Jack Compton said the next step should be constructing a cell tower in the area, as some people get lost or hurt while at the Devil’s Bathtub and might not be able to contact authorities.

Until that happens, Elliott has come up with a solution to help people have a safer experience at the site.

“One of the ideas we had was anybody that comes through, give them a map,” Elliott said. “There’s a map at the trailhead, but it’s posted; they can’t take that with them. … Hopefully it’ll give Fort Blackmore and Duffield Fire and Rescue a little bit of relief to try to keep these people on the trail.”

For those who do get lost, Elliott said help will be available.