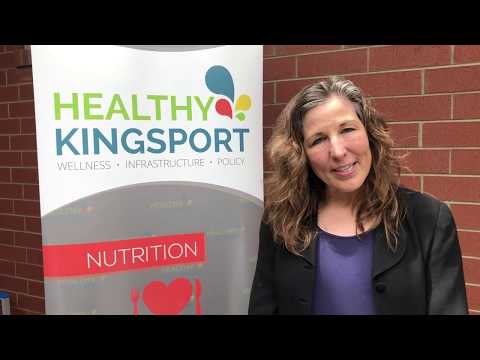 
Should sugar-added drink sales be halted at colleges and hospitals?

KINGSPORT — Imagine an entire university, its medical school and its hospital where no sugar-added drinks are sold or otherwise commercially distributed.

Now imagine that saves health care costs on the average of $45 annually for the employer and $18 a year for employees because employees got healthier.

You don’t have to imagine. It has existed for almost four years.

The Healthy Beverage Initiative began at the University of California at San Francisco (UCSF) in mid-2015, and UCSF School of Medicine Professor Laura A. Schmidt shared that story Tuesday at a noon Sugar Science presentation at a Healthy Kingsport meeting. She also gave an afternoon community Sugar Symposium presentation. For more information, go online to sugarscience.ucsf.edu.

“We really have to think about this issue of environmental saturation,” Schmidt said of the proliferation of “hyper processed foods,” including sugar-added soft drinks. She said the United States is second only to neighbor Mexico in diabetes rates worldwide.

The university took a page from the anti-tobacco playbook and decided to apply that to sugary drinks. Schmidt showed photos of the once-common practices of cigarettes being distributed to hospital patients compared to today’s ban of tobacco in hospitals, restaurants, airplanes and many other public places. The UCSF sales limitation on sugary drinks applies to catered events and retail sales on campus.

Schmidt calls it the “iron law of public health,” although she and research assistant Casey Palmer emphasized the program is not a ban like Prohibition attempted to do for alcohol in the early 20th Century since employees and visitors still can bring sugary drinks from home or buy them off campus. (San Francisco, however, has implemented a special tax on sugary soft drinks akin to ones on tobacco and alcohol.)

“If you want (sugary soda) bring it in, put it in the refrigerator,” Schmidt said. “We’re not banning beverages. We’re just banning sales in the work place.”

The program allows beverages to be sold with artificial sweeteners and without as long as they have no added sugars. So drinks available include unsweet tea, unflavored milk, water, flavored water, hot coffee and hot tea, with sugar packets allowed. It also allows 100 percent fruit juice, diet and zero-calorie sodas, diet iced tea, diet sport drinks and vitamin drinks. It got an 80 percent approval rating from employees, she said.

WHAT WERE THE RESULTS?

At the start, general maintenance and police staff were the highest sugar group, drinking an average of 30 ounces of sugar-added drinks a day, compared to the lowest group of the medical staff averaging 5 ounces a day. But after 10 months the highest using group drank 17 fewer ounces a day and the medical staff cut down to one fewer ounce a day. She said monthly beverage sales weren’t affected as vendors offered different products and that blood tests showed the program was making people healthier.

Schmidt said that nearly 20 years into the 21st Century, America has become a place where children increasingly have what had been considered adult diseases, including “adult-onset” type 2 diabetes. Case in point: In 1990, one in 11 teenagers had pre-diabetes or diabetes, compared to one in four today. The  disease can lead to blindness, heart and kidney disease, amputation and life-long monitoring and insulin injections.

She said diabetes also is a silent epidemic because many don’t know they have it. In Tennessee, 14.6 percent or 806,000 people have diabetes, which causes medical costs 2.3 times higher compared to non-diabetics or $7.3 billion a year, and 161,000 don’t know it. Another 35.8 percent have pre-diabetes.

Since the San Francisco campus initiative, Schmidt said the entire health care system in Great Britain, including more than 200 hospitals, took similar action. In addition, the entire University of California system implemented a Healthy Beverage Initiative, which in some locations mirrored San Francisco while in others it was scaled back. She also lauded Live Sugar Freed for putting water bottle filling stations in area public schools.